Another month, ANOTHER RECORD! 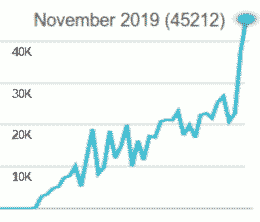 November 2019 was another record-setting month for the Writers of Wrongs blog. A total of 45,212 pageviews were generated in the month - an average of more than 1,500 views per day.

It was the second consecutive surprising month for the blog. In October, Writers of Wrongs exceeded a 1000 views per day average for the first time, finishing with a total of 37,334.

Through the blog's three years of existence (since October 2016), no monthly total had been better than 26,729. In recent months, pageviews settled in the 22,000 to 25,000 range, and the 30,000 barrier was looking like the crime-history blog version of the four-minute mile.

We send our thanks to the crime-history writers, who provide valuable content to the Writers of Wrongs blog, and to our readers, whose interest and support is expressed in these pageview numbers.

(All figures were acquired through site host Blogger - based on Google algorithms - with the site manager's visits not counted in the totals.)
Posted by Thomas Hunt at 6:19 PM No comments:
Email ThisBlogThis!Share to TwitterShare to FacebookShare to Pinterest
Labels: Articles, Countries, Pageviews, Readers, Statistics, Writers of Wrongs

Thank you for another record-setting month

The Writers of Wrongs site set surprising new records in the month of October, and there are still some hours left before the month is complete. 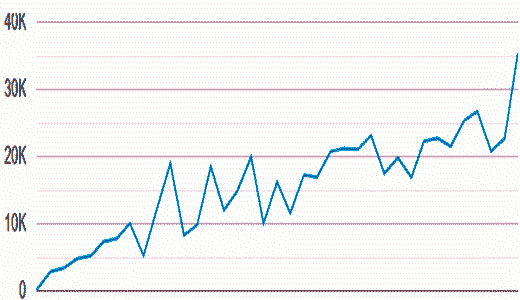 For the first time since our small crime history site was launched three years ago, its unique pageviews daily average figure climbed to more than one thousand per day, according to site hosting service Blogger.com. The daily average during October 2019 is just over 1,140 and still growing. This is an improvement of more than 32 percent over the old record. The previous high for average daily pageviews was 862, generated during the month of July, 2019.

So far this year, The Writers of Wrongs has added forty-two articles to bring the total available on the site to 229. The most-read articles in the month of October 2019 were:
Over the course of the past three years, the site's pages have been visited more than half a million times. At this moment, the total figure stands at 571,436. 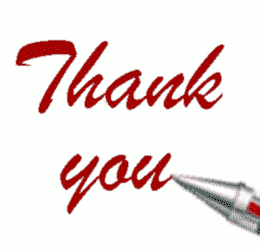 Thank you, readers, for supporting this project and for expressing through visits your interest in and approval of the work we do here.

(All figures were acquired through site host Blogger - based on Google algorithms - with the site manager's visits not counted in the totals.)

Posted by Thomas Hunt at 7:06 AM No comments:
Email ThisBlogThis!Share to TwitterShare to FacebookShare to Pinterest
Labels: Articles, Countries, Pageviews, Readers, Statistics, Writers of Wrongs 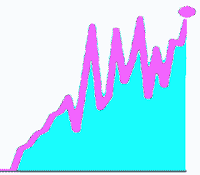 The Writers of Wrongs blog crossed a couple of significant milestones in the month of August 2018:


Thank you all for your continued interest in and support of our work.

Posted by Thomas Hunt at 11:06 AM No comments:
Email ThisBlogThis!Share to TwitterShare to FacebookShare to Pinterest
Labels: Pageviews, Writers of Wrongs

The Writers of Wrongs blog recently notched its 200,000th pageview! 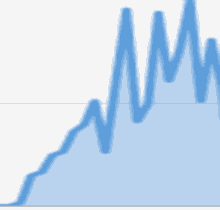 When the blog began near the end of October, 2016, we did not imagine that it would be so well received. Frankly, it took awhile for us to get on a "roll." There were only about 200 pageviews in that first month. There was, of course, very little to read on the blog at that point. We had 10 times as many PVs in our second month, but that was still a modest total.

There's plenty more to read on the site these days. By the end of May, there were 148 posts by seven different writers.

The Writers of Wrongs audience is global. While more than half of our visitors are United States residents, we also see large numbers of visitors from Ukraine, Russia, Israel, France, England, Poland, Brazil, Germany, Canada and other countries.

On behalf of all the contributors to the blog, I want to thank you readers for your interest in and support of our work. I also want to encourage you to keep returning to The Writers of Wrongs. We have many more interesting crime history stories to share with you.

A solid start, better things ahead

The Writers of Wrongs website opened for business this past Oct. 22. As 2016 draws to a close, we take a moment to reflect on the early stages of this joint project of crime history authors.

Three authors are currently posting to the blog. Several other authors are preparing to participate.

Site "analytics" reveal a total of 5,741 pageviews, divided among the 30 posts published during the 70-day history of the site. The site has averaged a new post every 2.3 days. The average post receives just over 191 reader-visits. Statistics show the number of site visitors is dramatically increasing.

Links to individual blog posts have made their way to Facebook, Twitter and Google+, as well as CosaNostraNews and DeadGangster websites.

Through its first 70 days, the Writers of Wrongs blog received visitors from eleven different countries. About 76% of visitors were U.S. residents. Nine percent were from the United Kingdom. The countries of Germany, Canada and France contributed a combined ten percent. The site also had visitors from Australia (1.3%), Ireland (1.2%), Russia (0.7%), Netherlands (0.6%), China and Italy.

Our most popular single post to date was "Behind the Mug: Lucky Luciano's 1931 Arrest," by Christian Cipollini. That post has been viewed 595 times since it was published just two days ago.

We thank our readers for their support. We wish you all the best in 2017 and promise that you will find many interesting items on the blog during the year ahead.

Posted by Thomas Hunt at 11:31 AM No comments:
Email ThisBlogThis!Share to TwitterShare to FacebookShare to Pinterest
Labels: 2016, 2017, Countries, Pageviews, Readers, Statistics, Top Posts, Writers of Wrongs