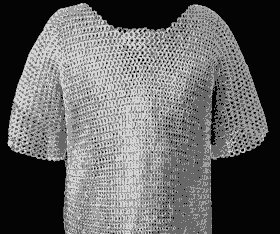 On this date in 1950, Charles Binaggio and Charles Gargotta were found dead inside the First District Democratic Club headquarters,  716 East Truman Road, on the North Side of Kansas City. They were found, several .38-caliber bullet wounds in their heads, at about four o'clock in the morning.

Binaggio, 40, was the Democratic Party boss in the North Side, where many Italian-Americans resided and voted. A one-time follower of the late Democratic machine boss Thomas Pendergast and John Lazia, who was murdered in 1934, Binaggio served as a link between Missouri Democratic politicians and the Italian underworld of Kansas City and St. Louis. His command of the North Side vote gave him great political power across the state. He was believed to be a close ally of Kansas City Mafiosi, including James Balestrere.

Binaggio's political faction rivaled and quickly eclipsed the Pendergast machine when, after the death of Tom Pendergast, that organization was controlled by Pendergast's nephew James.

Gargotta, 49, was Binaggio's bodyguard and right-hand-man. The local press noted that Gargotta been arrested forty times in a thirty-year period. Charges of murder, gambling, robbery, extortion, carrying concealed weapons and violating liquor laws were all dismissed. Gargotta was convicted once, on an assault to kill charge stemming from the attempted murder of Sheriff Tom Bash. Gargotta served a 19-month prison sentence for that offense. Gargotta also rose to power under the guidance of Pendergast and Lazia.

Before his murder, Binaggio announced that he would soon be leaving politics. His failed efforts in recent years to win approval for legal gambling in the State of Missouri was a costly disappointment to his underworld associates. Binaggio's political manipulations and criminal connections were constantly in the press during that time, and Binaggio became the target of federal investigations.

Binaggio's body was found slumped in a swivel chair behind a desk in the headquarters' outer office. There were powder burns around his wounds, indicating that a pistol had been placed against his head and fired.

Gargotta's body was found on the floor near the door. He had a gunshot wound to the base of his skull, apparently due to a bullet fired from some distance. Three other wounds in the left side of his head were closely grouped and powder burned.