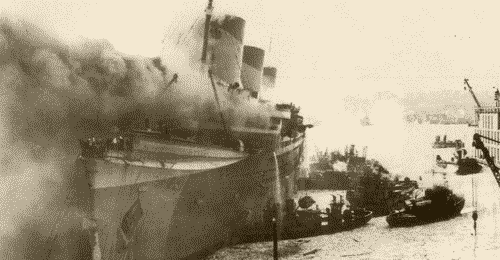 When 'Lucky' was locked up

Salvatore Lucania, widely known as Charlie "Lucky" Luciano, late in 1931 became the most powerful crime boss in the U.S. He personally commanded a sprawling New York-based Mafia organization, held one of seven seats on the Mafia's ruling Commission and maintained valuable alliances with non-Italian racketeering organizations across the country.

Less than five years after achieving gangland eminence, however, Lucania was taken into custody on compulsory prostitution charges. Due to the efforts of Special Prosecutor Thomas Dewey, Lucania spent most of the next decade - from the prime years of his life into middle age - behind prison bars.

Held at Clinton State Prison beginning in the summer of 1936, he was largely out of touch with the rich criminal empire he assembled and remote from friends and family. He depended upon pennies earned through manual toil and occasional contributions from relatives and associates to finance his many purchases through prison commissaries.

Yet, even during a lengthy and humiliating prison stay, Lucania found a way to make himself important. In the spring of 1942, Lucania convinced New York County prosecutors, New York State corrections officials and the United States Office of Naval Intelligence that he was indispensable to the U.S. war effort.

In the remaining years of World War II, Lucania arranged for a more convenient placement at Great Meadow Prison in the Lake George area and for suspension of visitation rules and recordkeeping. He managed in those few years to build a reputation for patriotic service that led to a 1946 commutation of sentence.

Very few official records remain of Lucania's long term in state prisons. From the period before 1942, only a small collection of documents is held at the New York State Archives. These include receiving blotter pages, health and psychiatric reports, visitor logs and financial transactions that shed some light on his brief time at Sing Sing Prison and his longer incarceration at Clinton Prison. From the period between his 1942 transfer to Great Meadow Prison and his 1946 parole and deportation, even less survives. Some details of these later years were pieced together when the State of New York, the Federal Bureau of Investigation and the U.S. Navy looked into Lucania's alleged contributions to the war effort. Wartime records of the Office of Naval Intelligence, which could have provided the most useful window into Lucania's service, were deliberately destroyed.

Available details of Lucania's time in prison and related events have been assembled into a 1936-1946 timeline on The American Mafia history website. These details range in excitement level from hum-drum to spectacular. Quotes from documents and links to documents - including all available pages of the Clinton Prison files - are included.