This gangster pic was released four months after Little Caesar and like the latter the story takes place in Chicago. Whereas Little Caesar dealt with the Italian underworld, the former deals with Irish hoodlums. 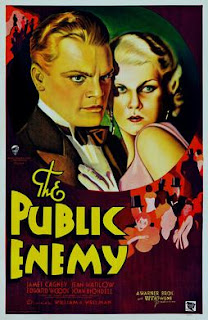 Like its predecessor, The Public Enemy also bases some of its characters and scenes on reality. The model for Paddy Ryan’s gang was Chicago’s North Side gang. One of the main gangsters with the mob is a big shot named Nails Nathan who is a guiding force of Tom Powers (James Cagney) and his friend Matt Doyle (Edward Burns). In the movie Nails Nathan gets thrown from a horse and is accidentally killed. Upset with the death of their friend and mentor, Powers and Doyle go to the stables and shoot the horse that Nathan was riding when killed. Sounds like pure Hollywood invention right? Nope. Actually happened. The Nails Nathan character is based on an actual Chicago gangster named Samuel “Nails” Morton, a top member of the North Side gang who was popular with his associates. Just like in the film, Morton was thrown from a horse and killed while out pleasure riding and his friends really did go to the stable and kill the horse.

The main foe of the Paddy Ryan mob is the gang headed by “Schemer” Burns. Cute nickname, anyone in Chicago with that moniker? Yup, but it was a North Sider, Schemer Drucci.

In the movie, a gang war breaks out  and there is a scene where Powers and Doyle are walking along the street and rival gangsters, who have been staking out their hideout from a machine gun nest in a second story apartment window, open fire and kill Doyle. This scene is inspired by the murder of North Side gangster Earl “Hymie” Weiss who was taken out by a machine gun nest while approaching the gang’s headquarters.

The film ends with the rival gang kidnapping a wounded Powers from the hospital and taking him for a one way ride. Gangsters wouldn't actually invade a hospital to finish a job would they? Well, turns out that idea may have been snatched from gangdom as well. Though not kidnapped, a year or so before the movie was released, a Newark, New Jersey gangster by the name of John "The Ape" Passelli was bumped off in the hospital while recuperating from a botched hit. 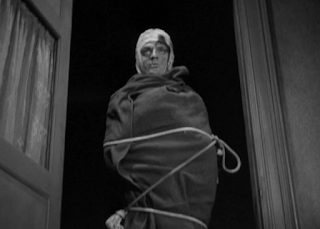 Any other scenes or characters that are familiar to you?