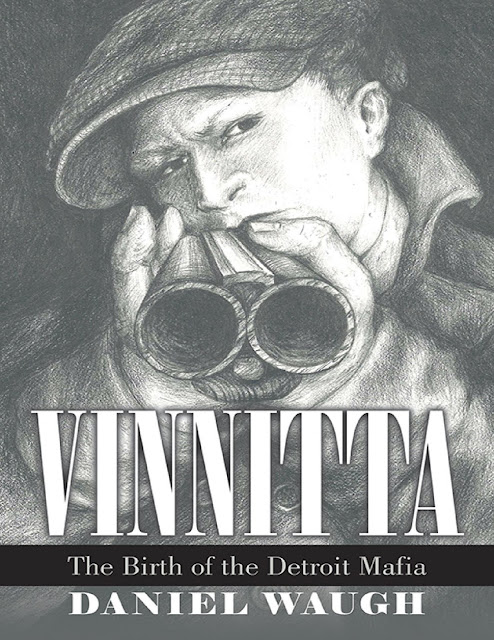 Two old friends from Sicily, recently reacquainted in New York City, went out hunting in the woods along New Jersey's Shark River on July 30, 1921. Only one of the men returned.

Bartolomeo Fontana, the survivor of the hunting trip, later confessed to New York City Police that he deliberately brought his pal Camillo Caiozzo into the woods and shotgunned him to death on orders of a Brooklyn-based criminal network known as "the Good Killers."

Investigation of the Good Killers revealed an interstate organization responsible for many murders around New York City and Detroit, in the United States, and in the Castellammare del Golfo region of Sicily. Gang commanders included Stefano Magaddino, who would soon rise to lead the Mafia in Buffalo, New York.


1928 - Underworld chief Arnold Rothstein was shot and mortally wounded in Manhattan's Park Central Hotel. A hotel employee discovered the collapsed Rothstein inside the Park Central's Fifty-Sixth Street service entrance. The renowned gambler / racketeer / narcotics importer was taken to Polyclinic Hospital, where surgeons attempted to repair damage to his lower abdomen caused by a .38-caliber bullet. Rothstein died two days later. The path of the bullet, determined at autopsy, indicated that Rothstein was seated at the time the fatal shot was fired by someone standing to his right. The slug penetrated his bladder and intestines and resulted in death-causing sepsis. Authorities believed that Rothstein cardgame losses, reaching into hundreds of thousands of dollars, were related to his murder. Rothstein also was said to have been planning a divorce and had recently been rewriting his will.

1955 - Willie Bioff became well known across the U.S. in the 1940s, as a Chicago Outfit scheme to control motion picture industry unions and extort vast sums from movie companies came to light. Bioff, a Chicago native who relocated to southern California, was a central figure in the scheme. Following Bioff's arrest, he betrayed his underworld colleagues and provided investigators with sufficient evidence to cause the apparent suicide of Outfit leader Frank Nitti (formerly a Bioff friend and defender) and the successful prosecutions of other Chicago bosses. A decade later, all the unpleasantness seemed forgotten. Bioff and his wife were living under assumed names (Mr. and Mrs. William Nelson) in Phoenix, Arizona, and Chicago bosses had served their prison and probation terms. Evidence of some lingering hostility was seen on the morning of Nov. 4, 1955: Bioff climbed into his pickup truck inside his home garage. As he stepped on the starter, an explosion suddenly shook the neighborhood. The New York Times wrote: "The blast threw Bioff twenty-five feet and scattered wreckage over a radius of several hundred. It left only the twisted frame, the motor and the truck wheels. The garage door was blown out, the roof shattered and windows in the Bioff home and several neighboring houses were broken. Jagged chunks of metals tore holes in the wall of a home 100 feet away. The blast rattled windows a mile away." Bioff's body, minus both legs and a right hand, were found 25 feet from the explosion.

1959 - Frank Abbatemarco, who ran a lucrative numbers racket for the Profaci Crime Family of Brooklyn, stopped in at a tavern run by friend Anthony Cardello. Near eight o'clock in the evening, Abbatemarco stepped outside of the tavern and was greeted by two gunmen, whose identities were masked by fedoras pulled down low on their heads and scarves covering their faces. Abbatemarco shouted, "No, no!" but the gunmen opened fire anyway. Wounded, Abbatemarco rushed back into the tavern. The gunmen pursued and methodically pumped bullets into the underworld big shot. They then turned casually and walked out. It became widely accepted that Abbatemarco was killed by his own underlings - members of the Gallo Gang - under orders from Profaci. In the wake of the murder, the Gallos, perhaps unsatisfied with the way Abbatemarco racket assets were divided, broke away from Profaci.

Also on this date: In 1922, Francesco Puma, a member of the Stefano Magaddino-run Castellammarese criminal organization known as The Good Killers, was murdered during a walk around his East Twelfth Street, Manhattan, neighborhood. A number of shots were fired at and into Puma from behind. He drew a handgun and spun around, only to meet the knife-blade of a closer assassin. With a stab wound in his abdomen and gunshot wounds to his chest, stomach and right wrist, Puma fell to the sidewalk. He succumbed to his wounds later at Bellevue Hospital. Press accounts of his death revealed suspicion that Puma had been providing authorities with information about the U.S. Mafia.