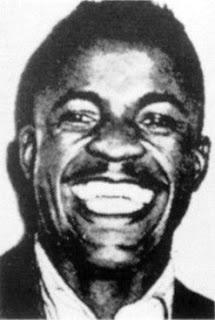 Wikipedia – Sonny Boy Williamson I
Posted by John DuMond at 7:34 AM No comments:
Email ThisBlogThis!Share to TwitterShare to FacebookShare to Pinterest
Labels: 1948, Blues, Chicago, John DuMond, John Lee Williamson, Murder, Sonny Boy Williamson, The Original Sonny Boy Williamson
John DuMond
Writer of fiction and true crime. He is the author of Under the Wall: The True Story of the 1945 Tunnel Escape from Eastern State Penitentiary and Over the Wall: The True Story of the 1947 Escape from Holmesburg Prison. He is an Army veteran and a retired Air National Guard Master Sergeant. He currently lives in Albany, NY where he works as an investigator.
Older Posts Home
Subscribe to: Posts (Atom)