Owen "Owney" Madden, once a gangland power in New York City, died of lung disease in Hot Springs, Arkansas, in the early morning of Saturday, April 24, 1965.

Madden, seventy-three, had been admitted to the hospital, suffering with chronic emphysema. He passed away at ten minutes after midnight on the twenty-fourth.

As the New York press announced his death, it referred to Madden (known in some circles as "Killer") as a former Prohibition Era beer baron and an ex-gangster with a reputation for murder. But it became clear that Madden had become something more in Hot Springs.

One press report of the funeral stated, "In his later years, Madden was known more for his gifts to charity than for his earlier gang war years. He lived a quiet life in this resort city."


Madden was born to Irish parents in Leeds, County of West Yorkshire in northern England, late in 1891. He reportedly spent his early childhood in Wigan, a town outside Manchester, and coastal Liverpool. His father worked in textile mills.

The family broke apart for a time around his father's death. The 1901 England Census shows Owen and his older brother Martin as "inmates" of a Leeds home overseen by matron Annie Farkin. The home hosted a total of ten inmates at that moment, six girls and four boys.

It appears that Owen's mother, Mary O'Neill Madden, went ahead to the United States during this period and moved in with her sister Elizabeth on Manhattan's West Side. Owen, Martin and a younger sister, Maria, crossed the Atlantic aboard the S.S. Teutonic in June 1902 to join her. The family settled at 352 Tenth Avenue.


Madden and his brother almost immediately got in trouble with the law. In spring 1903, Martin Madden was labeled "incorrigible" and sent off to a Roman Catholic protectory for a term of a year and eight months. He would be in and out of penal institutions for years. Owen advanced within a network of street gangs along the Hudson River docks. He eventually became the recognized leader of the Gophers Gang.

Madden was involved in a number of shootings, both as gunman and as victim. Within a five-month period from late 1911 to early 1912, Madden was believed responsible for two fatal shootings. The victims were Luigi Molinari and William Henshaw. Over time, the list of suspected Madden victims grew to six men. Later in 1912, Madden was nearly killed when Hudson Dusters gangsters surrounded him at a dance hall and opened fire. He eventually recovered from multiple gunshot wounds. 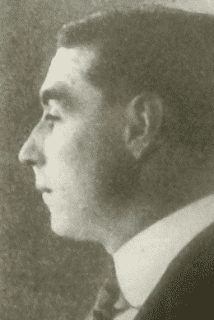 The November 1914 killing of William "Patsy Doyle" Moore resulted in a May-June 1915 murder trial for Madden. The jury refused to convict on the charge of first-degree murder that would have sent Madden to the electric chair and instead convicted him of manslaughter. Judge Nott sentenced the twenty-three-year-old Madden to ten to twenty years in prison.

In the months after the conviction, several prosecution witnesses against Madden changed their stories and supported Madden's appeal for a new trial. Judge Nott would not budge.

Madden did time at Sing Sing and Auburn State Prison. After seven years, he was paroled early in 1923. He emerged a Manhattan gangland legend in the period of Prohibition and the Harlem Renaissance. Madden reportedly capitalized on both by engaging in bootlegging rackets, including a massive beer brewery, and investing in night clubs like Lenox Avenue's Cotton Club. These ventures made him fabulously wealthy and brought him into business relationships with such crime figures as "Big Frenchy" DeMange, Salvatore "Lucky Luciano" Lucania, Frank Costello, Dutch Schultz, Legs Diamond and Vincent "Mad Dog" Coll.

While amassing a personal fortune, he was generous with the community: "His benefactions have been many and timely. For three winters hundreds were fed daily through the Cotton Club, where many families were given Christmas baskets. Out of his pocket he has paid the rent for families threatened with eviction. At no time has he refused to aid a worthy cause."

Back to prison, off to Hot Springs


He was returned to Sing Sing for parole violations in the summer of 1932. He was released after one year, during Prohibition's final days. Apparently sensing the changing situation in New York City, Madden soon relocated to Hot Springs and made that resort city his home for the rest of his life. He was noted back in New York only a couple of times - in 1940, when he attended a prizefight at Madison Square Garden (and local authorities insisted he leave New York), and in 1947, when he went to the funeral of his mother.

Late in 1935, he married Agnes (perhaps Florence) Demby, daughter of a former local postmaster. Though Madden reportedly involved himself in city gambling ventures, such enterprises were generally ignored by law enforcement.

By the mid-1940s, he had attained a measure of respectability, at least within the Hot Springs community. He was naturalized a citizen of the U.S. and made 506 West Grand Avenue - neighboring the residence of local Police Chief John Ermey - his home.

In 1961, Madden was called before a Senate committee investigating illegal gambling. He repeatedly declined to answer senators' questions. The questions focused on allegations that he controlled a Hot Springs service supplying gambling facilities with horserace results obtained from a New Orleans based provider.