Longtime Chicago Outfit boss Anthony Accardo succumbed on May 27, 1992, to lung and heart ailments at the age of eighty-six.

The former underworld leader had just returned to the Chicago area (he spent summers in the Barrington Hills home of son-in-law Ernest Kumerow) from his winter home in Palm Springs, California, when on Thursday, May 14, he was admitted to St. Mary of Nazareth Hospital Center. He died there at 7:36 p.m. on Wednesday, the twenty-seventh. A nursing supervisor told the press that the causes of death were congestive heart failure, acute respiratory failure, pneumonia and chronic obstructive pulmorary disease.


Accardo was given a private funeral service two days later at the Montclair-Lucania Funeral Home, 6901 W. Belmont Avenue in Chicago. A Catholic priest was observed entering the funeral home through a rear entrance. Accardo's send-off was far more modest than the funerals of many of his underworld contemporaries. Police and press noted no gangland leaders in attendance. Just two floral offerings were seen - "two sprays of yellow and pink roses inside a slate gray hearse," reported the Chicago Tribune. Accardo was laid to rest at the Queen of Heaven Cemetery in Hillside, Illinois.


A life in Chicago crime
Accardo was born in Chicago on April 28, 1906. His parents, Francesco and Maria Tillotta Accardo, were Sicilian immigrants, originally from Castelvetrano, who settled around 1904 on Gault Court in Chicago. His birth name was reportedly Anthony Leonardo Accardo, but later he was known as Anthony Joseph Accardo. Over time, he acquired the nicknames, "Joe Batters," "Joe B." and "Big Tuna."

According to the press, he was a full-time hoodlum by the age of sixteen. In the late 1920s, he served as an enforcer and bodyguard for Chicago underworld boss Al Capone. Accardo was largely able to avoid law enforcement notice until the Capone-orchestrated St. Valentine's Day Massacre intensified the scrutiny.

On February 1, 1930, Accardo was arrested along with "Machine Gun Jack" McGurn (Gibaldi) following the murder of informant Julius Rosenheim. Rosenheim was walking near his home after breakfast that morning, when an automobile pulled up to him and two men got out of it. The men drew handguns and fired five bullets into Roseheim's head, then returned to their car and sped away. Shortly after that, police detectives William Drury and John Howe spotted Accardo and McGurn riding in a taxicab at Dearborn and Harrison Streets and stopped them. They found both men illegally carrying firearms. McGurn had a loaded .45-calibre automatic pistol, and Accardo had a .32-calibre revolver. 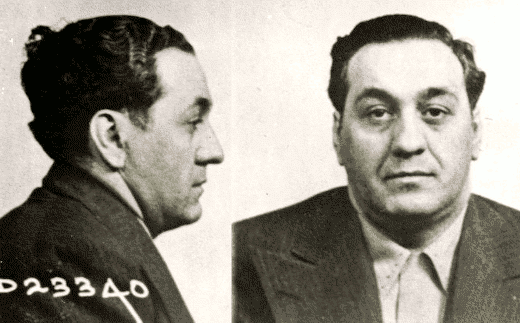 Just six months later, Accardo and Sam "Golf Bag" Hunt were named as suspects in the murder of Chicago vice racketeer Jack Zuta. Zuta was killed at a Wisconsin resort hotel. The descriptions of two of his killers matched Accardo and Hunt. Authorities speculated that Zuta was murdered because he knew of Capone connections to the June 9 murder of Chicago Tribune reporter Alfred "Jake" Lingle.

Accardo was again arrested in May 2, 1931, police raids that were part of an investigation into the supposed murder of brothel keeper Mike Heitler. Police believed that a charred body found in smoldering ruins near Barrington, Illinois, was Heitler. The raids were conducted at known Capone headquarters and business enterprises. Accardo and three other men were grabbed at the Club Floridian, 674 West Madison Street. Other raids took place at the Lexington Hotel at Michigan Avenue and Twenty-second Street and at the Western Hotel in Cicero.

At the end of July 1931, the Chicago Crime Commission designated Accardo a "public enemy," adding him and twenty-seven other area hoodlums (including Charles Fischetti, Sam Hunt and Claude Maddox), to a list that had grown to fifty-six men. A photo of Accardo, then about twenty-five, was printed in the newspaper, along with photos of dozens of other crime figures.

Despite the increased attention, Accardo was able to avoid criminal conviction.


After Capone
Accardo's mentor, Capone, was sent off to prison for tax violations the following spring. Over the next decade, Accardo moved into positions of increasing importance within the Chicago Outfit. By the 1940s, he was considered one of the Outfit's top bosses, along with Frank Nitti, Paul Ricca (Felice DeLucia), Louis Campagna and Charles Gioe. 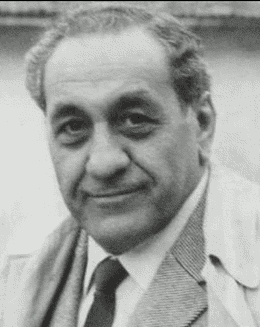 In 1943, the Outfit leadership was decimated by exposure of an extortion racket conducted against the Hollywood movie industry. As indictments were returned against those implicated in the racket, Nitti committed suicide. Near the end of the year, a federal jury returned guilty verdicts against Ricca, Campagna, Gioe, Johnny Rosselli (Filippo Sacco), Philip D'Andrea and Francis Maritote. They were sent to prison for ten-year terms.

With other bosses confined to federal prison, Accardo emerged as the single most powerful figure in Chicago organized crime. (Authorities took note of his visits to the imprisoned Ricca.) It appeared that the role weighed heavy on him, and in the 1950s he stepped away from day-to-day management, allowing Sam Giancana to serve as Outfit boss. Accardo continued in an advisory capacity. The FBI learned that Accardo and Giancana were regularly seen together outside of Chicago in the period between 1950 and 1956. They were spotted at meetings in Los Angeles, Las Vegas and Miami Beach.

In 1957, the year of the Apalachin, New York, convention, the Bureau learned that Accardo had turned over to Giancana his role as Chicago's representative to the Commission, the U.S. Mafia's supreme arbitration panel.

The following summer, the Senate's McClellan Committee accused Accardo of frivolously invoking the Fifth Amendment to avoid answering its questions. Accardo declined to answer basic questions about his birthplace and employment as well as more probing questions about his underworld associates and alleged involvement in mob murders. On August 18, 1958, the United States Senate unanimously held Accardo and a dozen other witnesses, who appeared before the McClellan Committee, in contempt of Congress. The Senate recommended that the Justice Department prosecute the witnesses. Along with Accardo on the list cited for contempt were Jack Cerone, Sam Battaglia, Marshall Caifano, Joseph Aiuppa and Ross Prio of Chicago and Pete Licavoli of Detroit.


Decline
Accardo was charged with federal tax fraud in April 1960, and that case came closest to putting the crime boss behind bars. 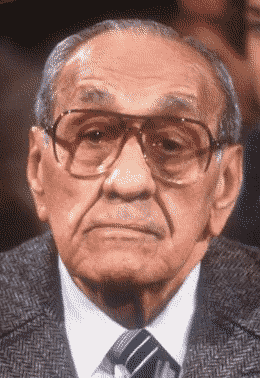 The government accused him of lying about business expense deductions for the years 1956, 1957 and 1958. He was convicted on all three counts in November 1960 and was sentenced to six years in prison. However, the U.S. Circuit Court of Appeals found numerous errors in the case and in January 1962 ordered a new trial. Accardo was then acquitted of the tax charges in October 1962.

Giancana's mid-1960s problems with the law and flight from the U.S., pulled apparently reluctant Accardo and Paul Ricca out of their retirements for a time. The aging Accardo seemed to guide the Outfit through a government investigation of Las Vegas casino skimming operations and the sudden reappearance and 1975 murder of ex-boss Giancana.

Accardo's health became a major issue for him the 1980s. In 1984, he visited the Mayo Clinic in Rochester, Minnesota, for treatment of heart and lung conditions. Shortly after returning home to Chicago, he became dizzy and suffered a head injury during a fall. His injury required a hospital stay. Despite his declining health, some believe he continued to advise Outfit bosses until his last days.

Just when his last days occurred seems to be a matter of some disagreement. While contemporary news sources and biographer William F. Roemer, Jr., clearly place his death on Wednesday, May 27, 1992, as of this writing a number of online sources (including Wikipedia and Find A Grave) insist that Accardo's death occurred five days earlier, on May 22 (a Friday). This is made more curious by the fact that a source cited for the Wikipedia death date is a May 29, 1992, Hartford Courant (Associated Press) article that states death occurred the previous Wednesday.