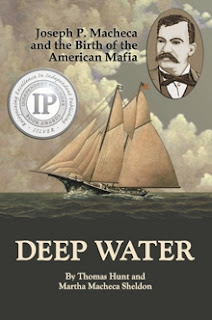 The battle occurred after the validity of state election results was questioned by both major political parties. Rival election boards announced the election of different governors, and competing state legislatures were assembled. For months, the political situation worsened as rival groups prepared for armed conflict.

Joseph P. Macheca, the subject of Deep Water: Joseph P. Macheca and the Birth of the American Mafia, captained a force of Sicilian immigrants that played a pivotal role in the battle and helped conservative Democratic "White League" forces to rout the well-armed Metropolitan Police, comprised largely of Republican-aligned African Americans and led by superintendent Algernon Badger, and a Republican state militia commanded by former Confederate General James Longstreet.

Following the battle, U.S. President Ulysses Grant ordered federal troops into New Orleans to restore Reconstruction government control. The conflict has been referred to as the last battle of the U.S. Civil War.

The "Liberty Place" monument - a 35-foot white stone obelisk - was installed in the center of Canal Street in 1891. (In that same year, Macheca and ten other men held at Orleans Parish Prison were attacked and murdered by a mob.) A white-supremacist message was inscribed upon the structure decades later. Controversy surrounded the monument and its racist inscription. That inscription was subsequently covered by a carved stone plaque dedicating the monument to those killed on both sides of the 1874 conflict.

Due to a Canal Street construction project 28 years ago, the obelisk was removed. There was a considerable argument over whether it should be replaced. Several years later, it was installed at a less visible location on Iberville Street. It remained a divisive symbol for the community.

The Liberty Place monument was the first of four Confederate Era monuments scheduled for removal in the city. New Orleans Mayor Mitch Landrieu told the press yesterday (April 23), "There's a better way to use the property these monuments are on and a way that better reflects who we are."